By Naughty and Nice Lingerie 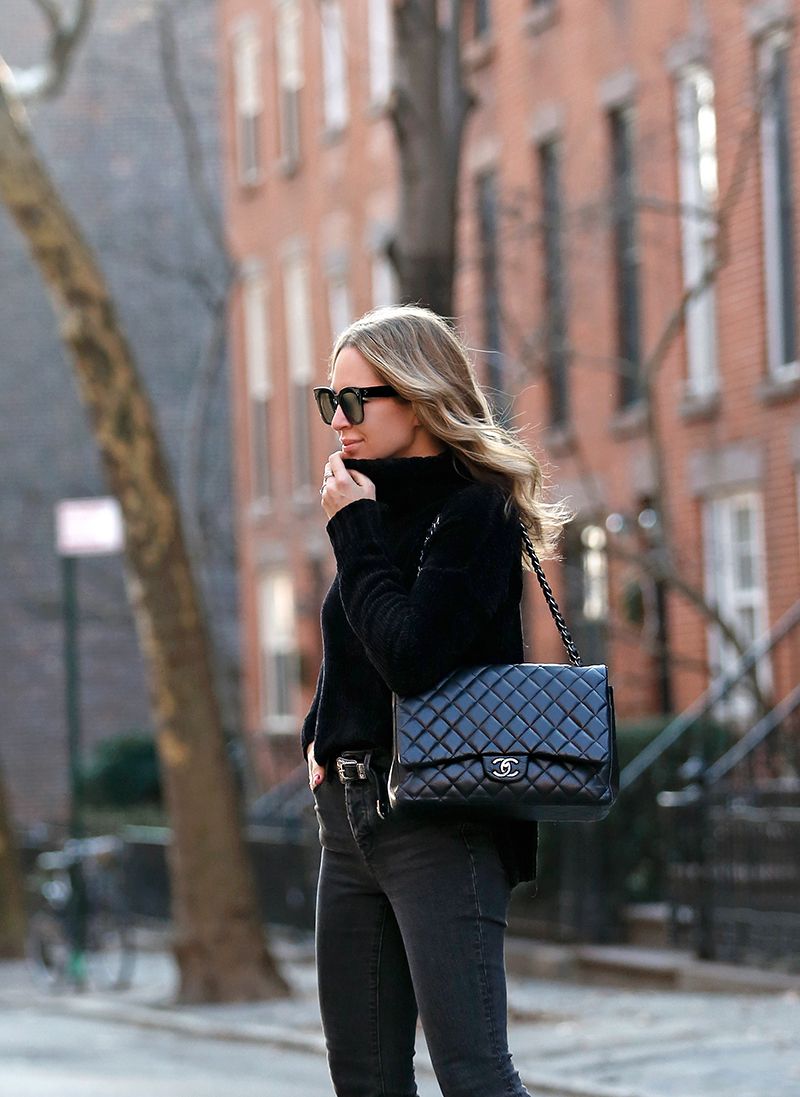 The first time I read a really nasty comment about myself, it was pretty early in my blogging days.
At the time, I was obsessively studying my Google Analytics to see who and what was bringing any sort of traffic to my blog. I remember clicking on a link and going down a rabbit hole of what gave me one of the worst feelings I’ve experienced in this industry. It was a site dedicated to bashing people and within that site, there was a post about me. I clicked on it, something I knew I shouldn’t have done, but like a bad car accident, I couldn’t look away.
Most of the comments were dedicated to talking about how awful my hair looked. How blonde, how processed, how I’d "look so much better with different hair…"  It was truly awful and at the time, I was in my 20’s and cared way more about what people thought and said about me. I vowed to never return, even if the temptation was there and I stayed true to my word.
The thing is, as horrible as it was to read people dedicate their time to talk crap about others, I couldn’t even disagree with what they were saying about me. At one point, my hair took a turn for the worse, but I didn’t know how to fix it. I joke and say that I had "blonderexia," something I really believe is a thing. I was in the mindset that "lighter is better," despite the overlapping damage it was causing to my hair. I was going between getting it highlighted in various salons to doing my roots at home, between highlight appointments. This basically means, I was a double process blond. Frankly, I didn’t know how to NOT be so blonde. I remember asking one of my close friends "how did you not tell me?!" and her reply "It was not always like that!" Which I do believe to be true. There was a particular period where it took a really bad turn.
It was when I met David at one of Avedas amazing salons, FOURTEENJAY, when my hair truly entered hair rehab. Initially, I started seeing him because numerous people raved about how good he was at color. I knew I’d be in good hands, but it was his warm energy that I noticed before anything else. In general, going to a fancy salon in NYC can be intimidating, but there was none of that snobbery. When I first went to David, I didn’t have the intention to grow out my double process because again, how am I not going to be blonde?! I figured, if I’m in the hands of an artist, he’ll at least make the color look top notch. We started chatting and I started venting about how unhappy I was my color, with my condition and overall, the look of my hair. I’ve had the same conversation with past colorists (of some of NYC’s best and fanciest salons), but David was the only person that gave me the tough love that I needed. He said something along the lines of: "look, if you want to be very light, I can continue doing that for you. I won’t overlap new highlights on top of old (as many stylists end up doing), so that will help a bit, but if you continue to use bleach, your hair will never be the way you want it to be." In general, bleach will be damaging, but for me, because I’m not that light to begin with, the bleach needed to pick up a lot of color. Also, after years of coloring, overlapping and doing some serious damage, my hair wasn’t at a place where it could really handle the bleach without paying a price.

THE PROCESS AND QUITTING BLEACH: